When Nintendo revealed Pokémon Legends: Arceus quite some time ago during the early days of 2021, fans were skeptical but eager to see what the beloved series could develop off an open-world Pokémon game.

This was a concept that fans have always wanted, as the popular Pokémon anime always demonstrated an open-world vibe, but throughout the previous games, we've been restricted into linear catching and battling. Now, we finally have an open-world Pokémon game that has wild Pokémon and various forms of catching, and fans have been addicted, to say the least.

There hasn't really been a game in this franchise that dropped players into the wild of the Sinnoh Region, where they could catch Pokémon at their heart's desire, and have a wide array of Poké Balls to do so.

If you're just jumping in and ready to catch Pokémon, we're going to run over some tips for playing Pokémon Legends: Arceus that'll set you up for success! 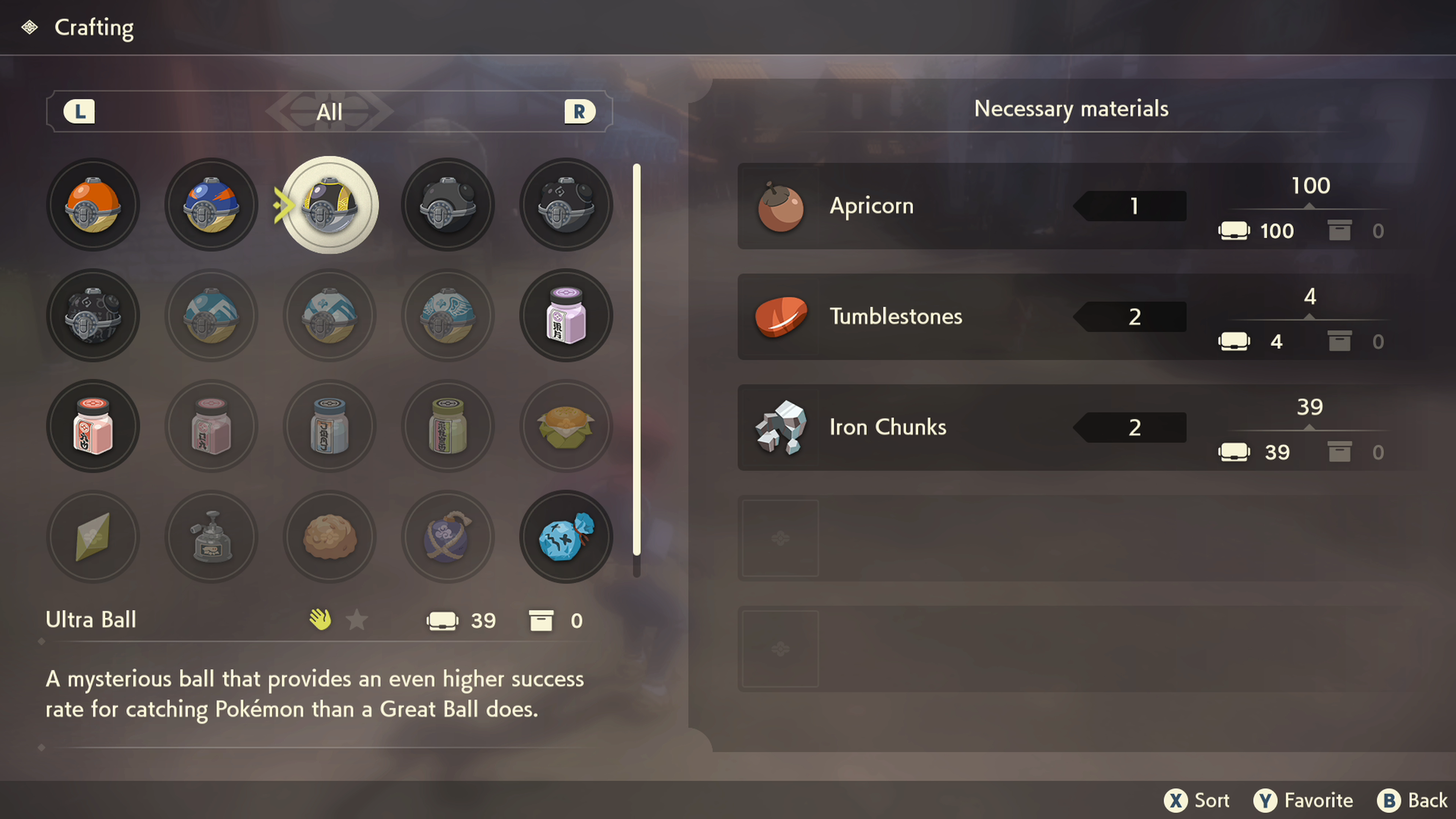 Crafting is a large component in Pokémon Legends, as this is how you're going to get a wide array of healing items and other useful tools within the game.

You'll be able to craft Poké Balls, Potions, and other items anywhere you go, thanks to the handy crafting bench you have access to at all times.

In order to obtain these items, you're going to have to gain access to certain materials such Apricots, Iron Chunks and Tumblestone from the environment.

The Pokémon Company has implemented other items such as Stardust and certain attribute-related items that will go along way in your efforts to complete the Pokédex. 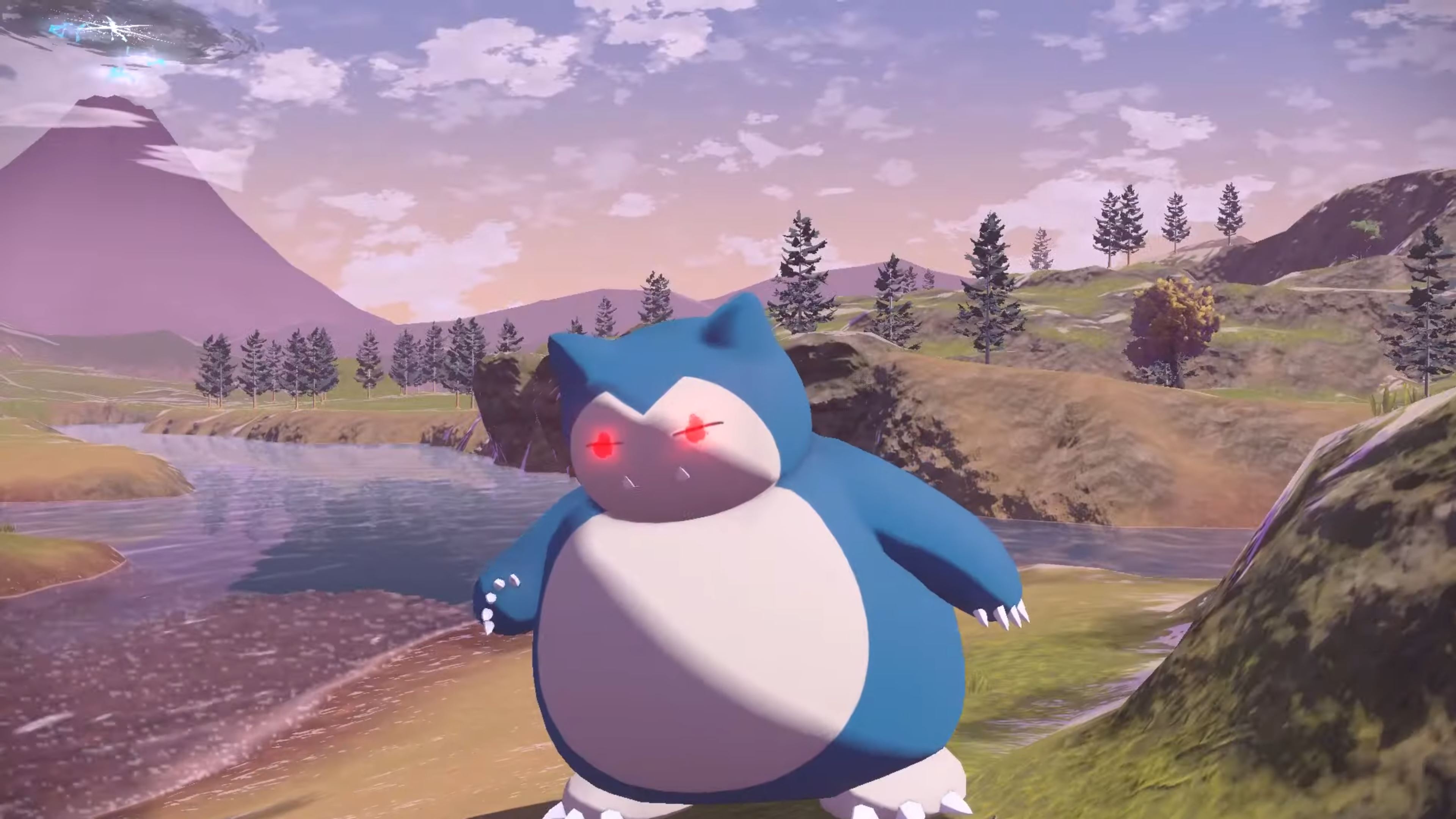 Alpha Pokémon are brand new in Legends: Arceus, and they're essentially extremely overpowered Pokémon that can be found within the wild in certain areas. When leaving Jubilife Village into one of the areas, you'll notice you can catch Pokémon in the tall grass.

But, from time to time, you'll see larger Pokémon with red eyes, and these are better classified as Alpha. They're typically higher level than most and will require you to throw a lot of Poké Balls at them to catch, along with certain the abundance of wild Pokémon in regions, these are well worth your time to catch.

They have unique abilities, better stats and will give your Pokémon more experience points if you're able to catch and defeat them.

One part of the game that you may have looked over when they initially introduced it is the satchel-collecting aspect.

Throughout Pokémon Legends, there's going to be numerous satchels that appear on the map that you can pick up and return to other players. They're basically items that players around the world have dropped, and Legends Arceus quests will allow you to find and obtain these.

Doing so will reward the player with merit points, so they can snag other items such as medicinal leeks, evolution items, and much more items. 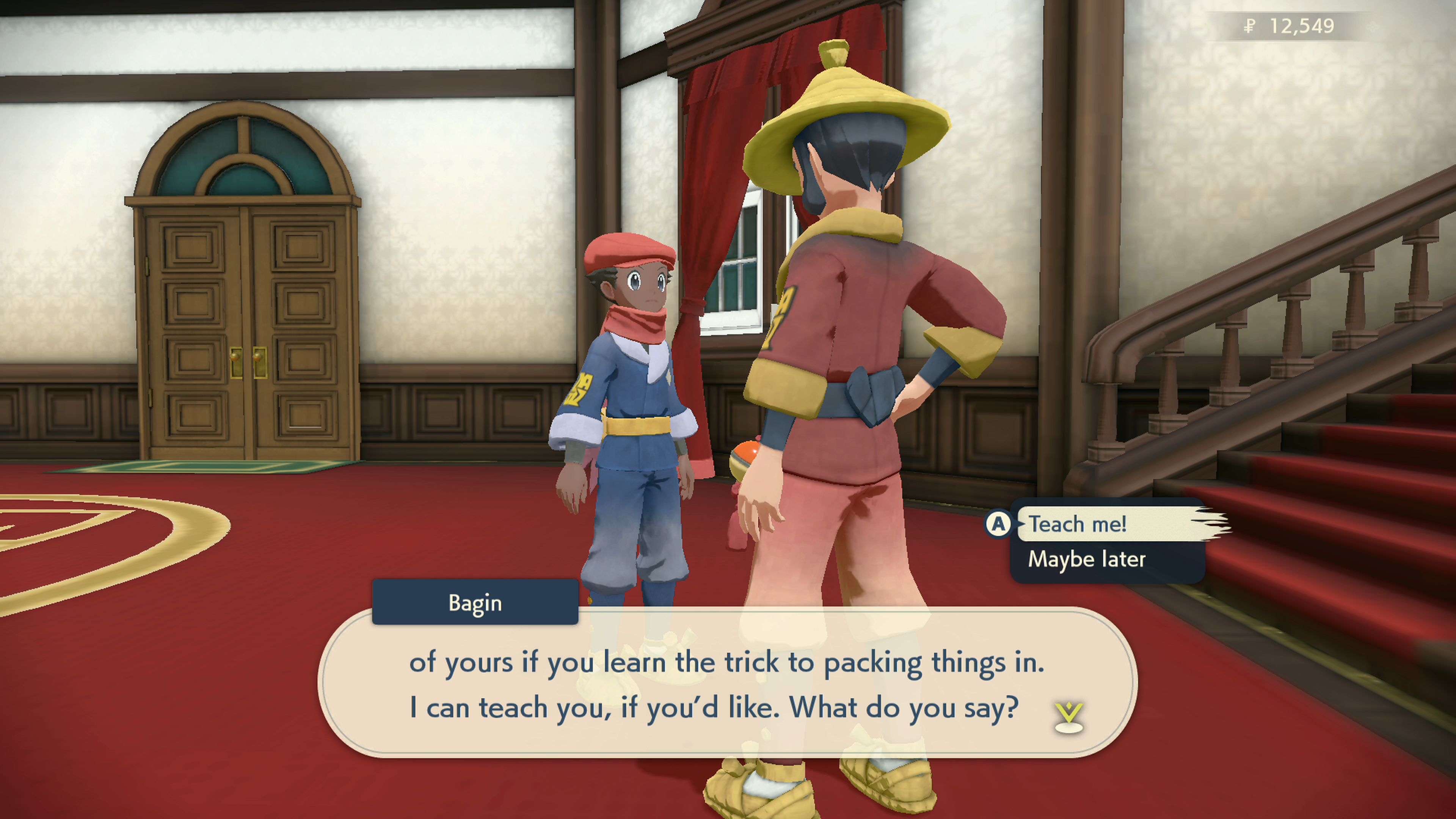 During your new adventure within Legends Arceus, you will quickly notice how little space you have in your bag. This can become problematic during the game, as you won't have the necessary room to gather all the resources needed to craft Poké Balls and other various items.

So, you're going to want to upgrade this. After reporting your main missions back to Jubilife Village, you'll be able to walk outside the Captain's office and a Survey Corps officer will approach you.

You'll be able to exchange money in order to unlock item slots in your bag, but be careful! The more bag upgrades you purchase, the more expensive it'll get! 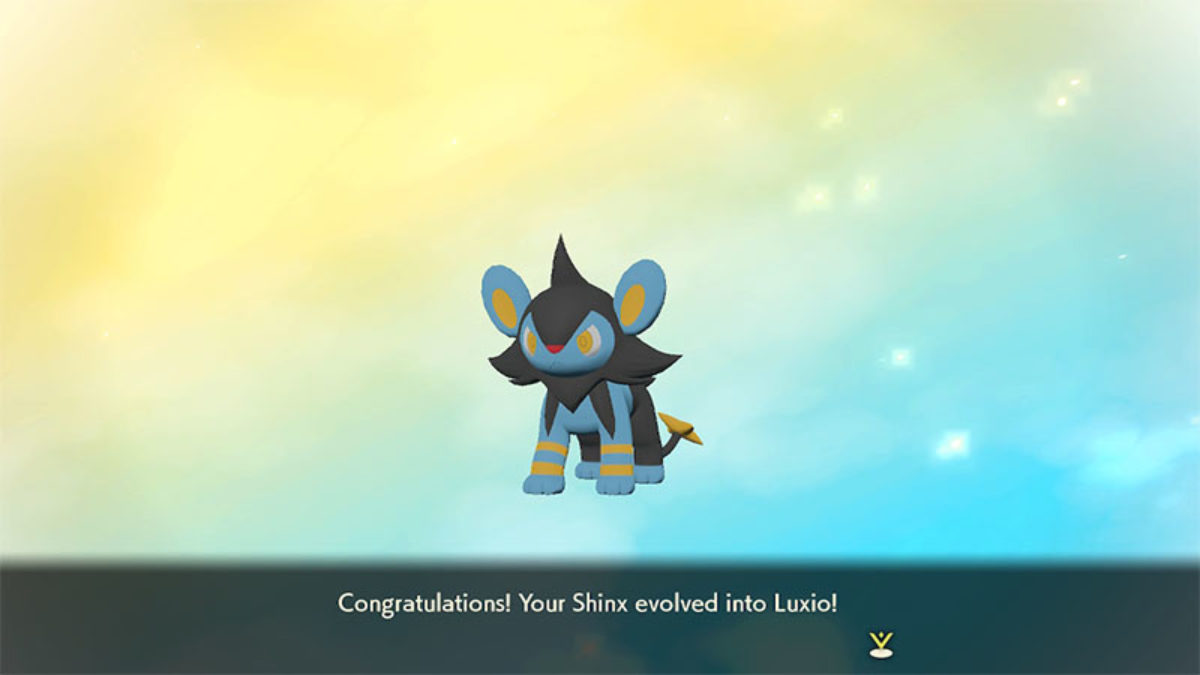 In order to evolve your Pokémon in Legends Arceus, you're going to have to not only level up your Pokémon to a high enough level via experience points. But, you'll have to manually evolve them, which is vastly different than previous Pokémon games.

In a traditional Pokémon game when your Pokémon was high enough level to evolve, there wouldn't be any choice to stop the evolution really, as it would occur right away.

Now, we have the chance to do this whenever we want!

In Legends Arceus, this is basically the Pokedex entries that you're being tasked with completing when you adventure into the world to try and catch wild Pokémon.

You'll need to complete various tasks in order to fulfill the Pokedex entry completely, and doing so will grant the player additional points towards their level and gain more money!

Be sure to take a sneak peek of this entry before you jump into the region to catch all the Pokémon you see! As some tasks will require you to battle particular Pokémon using the new battle system, so be mindful of this as you play.

Of course, similar to any Pokémon game, Legends: Arceus offers a key focus on your team of six Pokémon and the way you construct one to take into battle.

With the way battling is within the game, there isn't as much emphasis on this mechanic as there is in other games. For example, there are no gyms that players will have to tackle or Elite 4. Instead, they'll want to compose a six Pokémon team that is capable of battling other trainers, and more importantly, other Pokémon.

While catching Pokémon on the Nintendo Switch, you'll want to ensure you don't have the same typing on your team more than once, which is a common practice within Pokémon Legends. 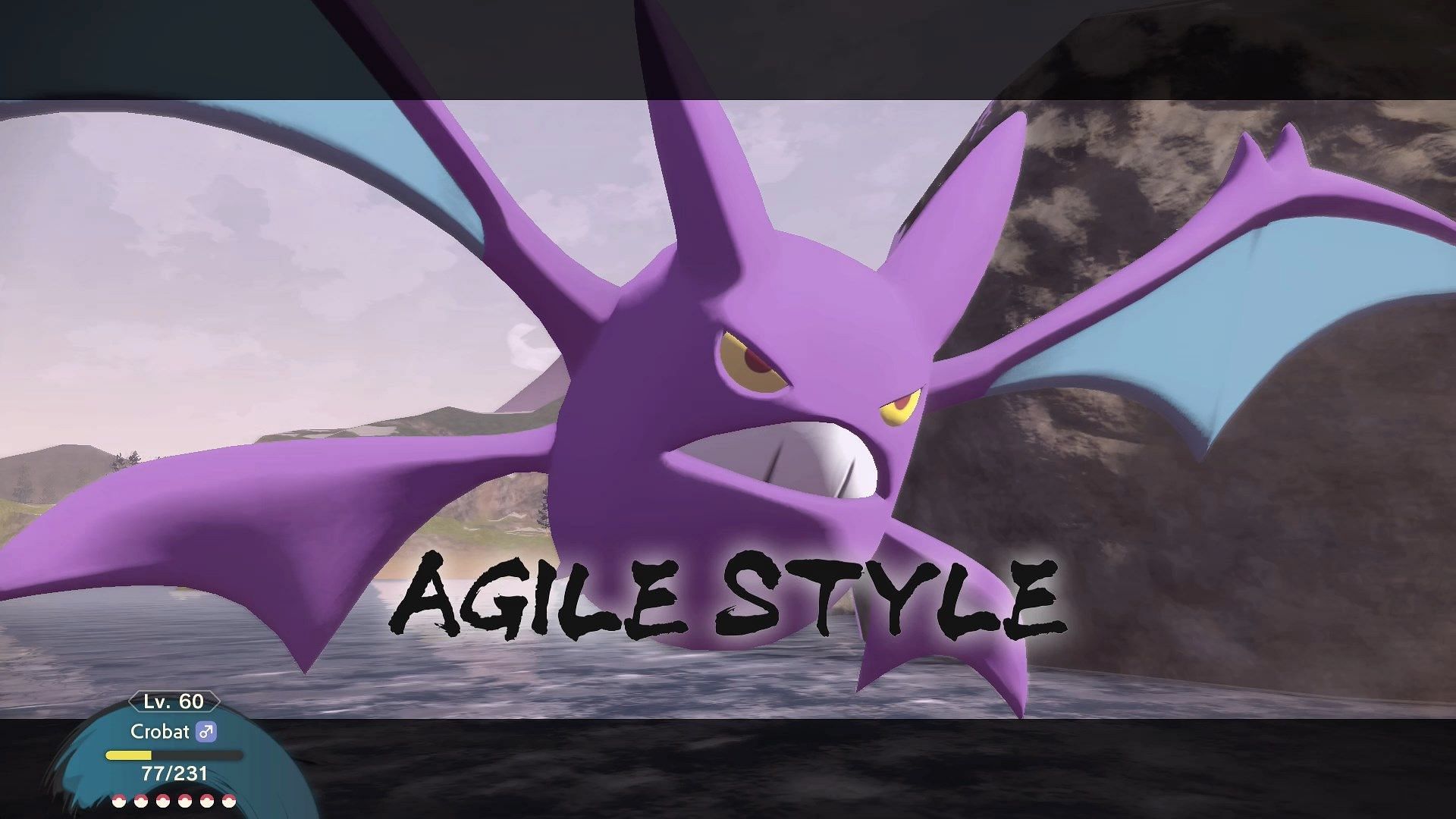 Another mechanic that is new within Pokémon Legends is the two move styles players can execute during a battle. For those who don't know, these are Agile style and Strong style.

The differences between the two are rather easy for players to understand but we're going to run over the two down below.

Agile Style: Your Pokémon attacks much faster than the other Pokémon in battle, and will be able to attack two moves in a row. However, your PP is reduced further along with the damage of the attack.

So, within Pokemon Legends, it's vital that you utilize these moves when given the chance, as they can make or break the battle! 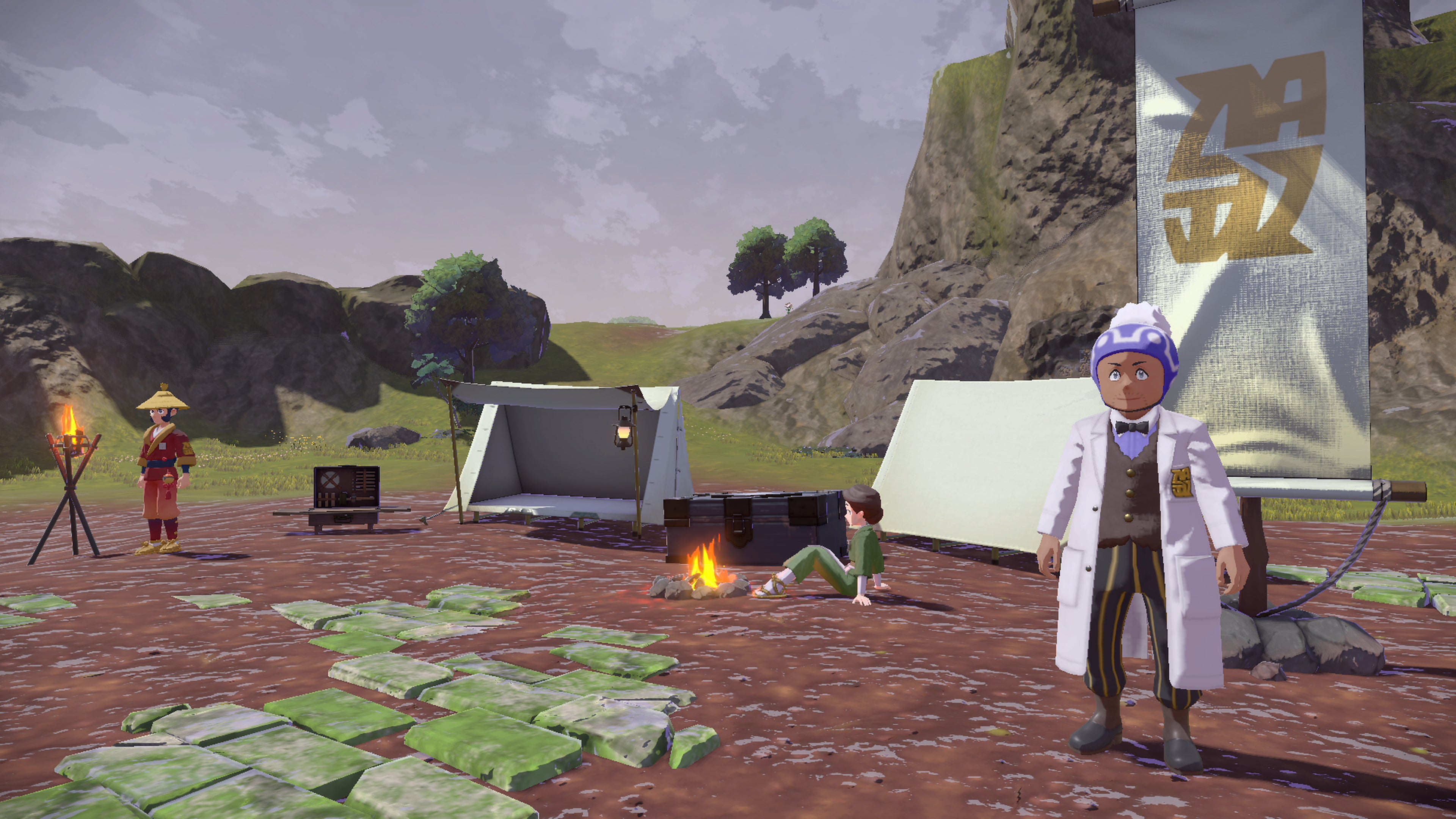 With the regions in Legends: Arceus being so expansive and wide in terms of ground your player will have to traverse, it's vastly important that you utilize the fast travel system that the game has to offer. In order to fully be able to play the game to its fullest extent, you'll need to encounter these camps so you aren't wandering around the world too much.

Over most regions, there's going to be side quests that you'll be able to partake in that will allow you to build these camps, so you have access to them at all times.

Doing this will allow you to encounter particular Pokémon that will be beneficial to grab for your Pokémon team throughout the game. 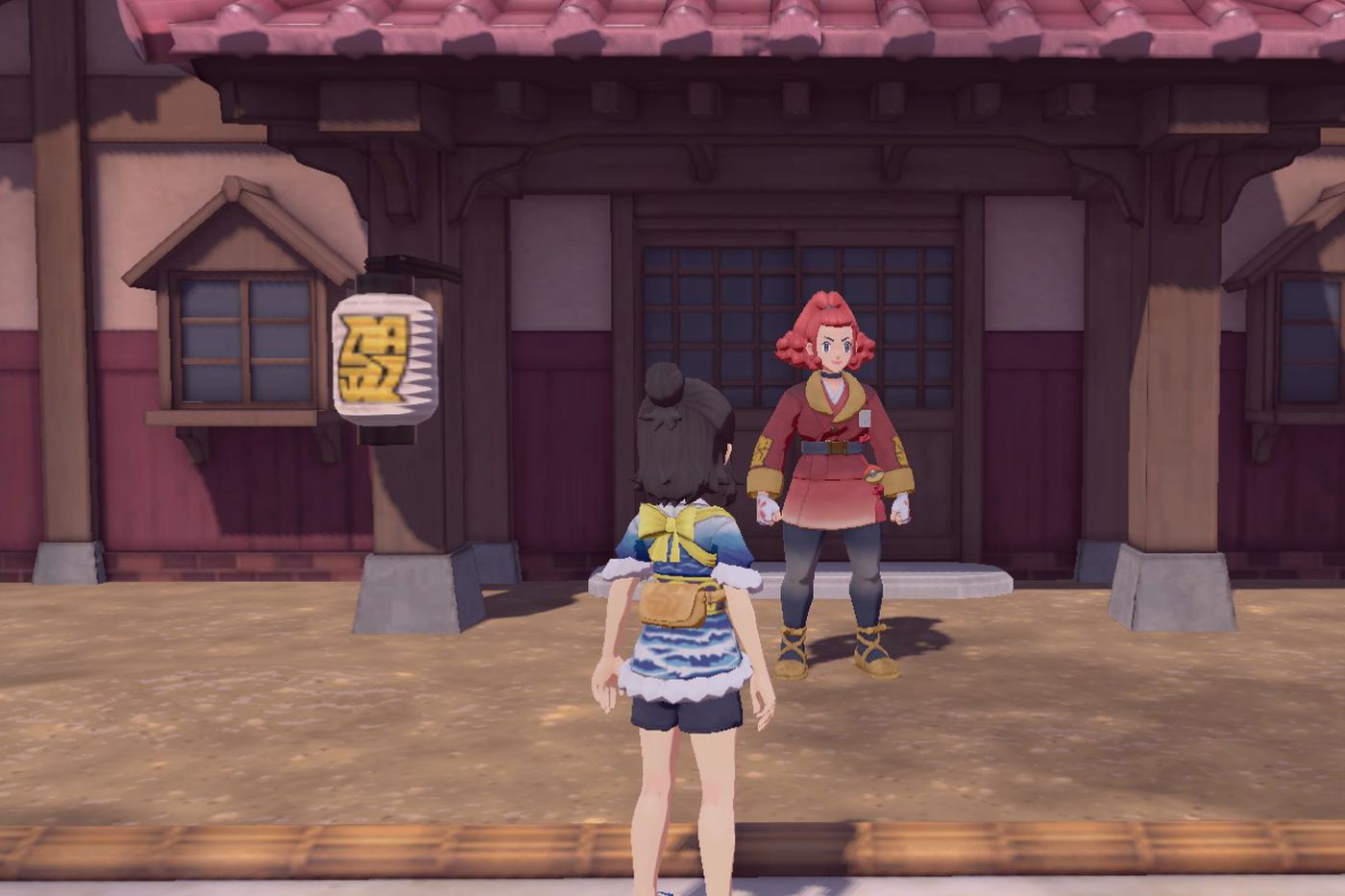 So, in ordinary Pokémon games, we would level up our Pokémon and they would be able to learn moves, however, we would have to sacrifice one of the other four moves we have already taught our Pokémon to make room for this one.

However, in Pokemon Legends: Arceus, when your Pokémon learns a new move it'll pop up as a notification on your XP bar. Then you can head into your Pokémon party, and select change moves; this will allow you to pick and choose the moveset your Pokémon will learn.

Furthermore, if you head back into Jubilife Village, you'll be able to head over to the Training Field and if you talk to the woman present at this location, you'll be able to spend your money on learning new moves for your Pokémon.

Additionally, not only will this character be able to teach your Pokémon moves, they can also perfect or "master" your Pokémon's moves. Doing this will allow the particular move to have increased damage and accuracy, ensuring the other trainer doesn't stand a chance. 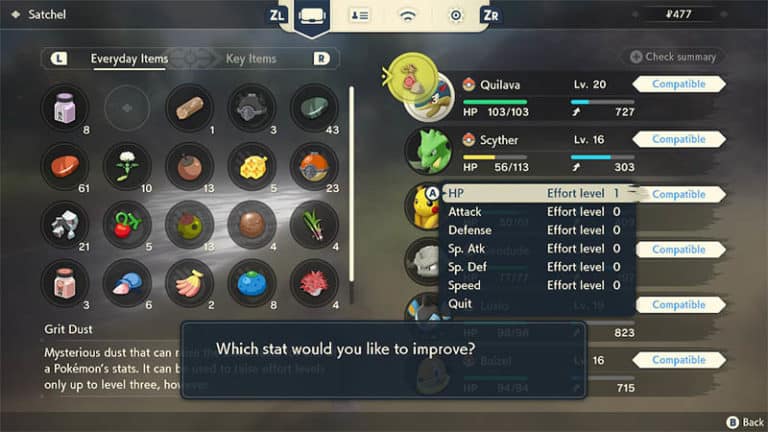 Another important factor you'll want to take into consideration when choosing your Pokémon team is the effort levels each Pokémon has.

Over the course of the game, you're going to encounter numerous Grit Gravel and other variations of it. In short, these are better used to enhance the effort levels of your Pokémon whether it's pertaining to Health, Defense, Attack, Special Attack, Special Defense, or Speed.

Increasing the values of these will further enhance the amount this metric grows each time your Pokemon levels up over the course of your new adventure in Legends Arceus.

So, keep this in mind when roaming around the world, and make sure to use these and not to sell them!

Well, that's all the tips and tricks we could muster up for Pokémon Legends: Arceus, which is now playable on Nintendo Switch worldwide. However, there's a ton of stuff to do and unlock, and fans have quickly shifted to the fact that this could be the most enticing Pokémon game yet!

Be sure to stay up to date with all gaming news by checking out our other blog posts with tips and insights on some of the major AAA games hitting consoles and PCs, such as Elden Ring, and be sure to let us know if there's any other content you'd like to see out of us!

Top image via The Pokémon Company